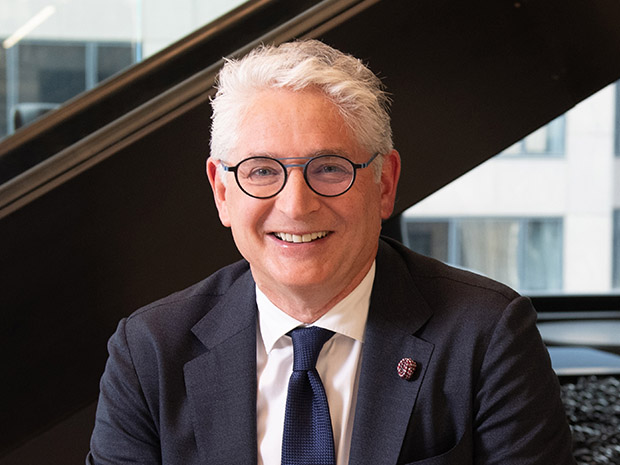 Office Location
Toronto, ON
Send me an email

Office Location
Toronto, ON
Send me an email

Harry Blum is the national managing partner of RSM Canada. He is responsible for the strategic vision and direction of the firm both nationally and internationally. In his commitment to the growth and culture of RSM Canada, Harry actively leads expansion and acquisition strategies as well as service-line and business development. He is responsible for the ongoing growth of RSM Canada, including the acquisition and integration of five accounting, tax and consulting firms within the last four years.

As Canada’s national managing partner, Harry draws on skills honed during his long career in public accounting to build RSM Canada into a leading national firm and first-choice advisor to middle market companies. He sets the strategy and vision of RSM Canada to service middle market clients with highly curated, industry-based solutions. Under his leadership, RSM Canada has tripled its business and opened five new offices within Canada in its first four years of operations. In that short time, the firm has garnered multiple awards, including being named one of Canada’s Most Admired Corporate Cultures, Canada’s Great Places to Work, Best Workplaces for Today’s Youth as well as one of Greater Toronto’s Top Employers.

Prior to joining RSM, Harry was responsible for building one of the most distinctive public accounting advisory practices in eastern Canada as managing partner and transaction services leader of the firm that ultimately became RSM Canada. Harry earned his CPA designation in 1989 and went on to become an audit partner in RSM’s predecessor firm in 1995. He later transitioned to become a due diligence partner focused on advising private equity firms on their acquisition and divestiture strategies, eventually becoming the managing partner of the predecessor firm.

His talent for buying and valuing businesses, nurturing and building trust and creating business synergies has benefited RSM Canada’s clients as well as the firm and its partners internationally. Harry serves on the North American Combined Leadership Team and is the executive sponsor of the RSM Alliance Firm Program across North America. He is also an active leader and mentor in RSM’s culture diversity and inclusion initiative.

Harry’s outlook on life is largely informed by his upbringing. His parents were Holocaust survivors who came to Canada as refugees, and instilled in him a deeply rooted appreciation for the good fortune and opportunity the country presented them. As the first Canadian-born and educated professional in his family, Harry maintains a vigorous work ethic and takes nothing for granted. Harry often shares his story with other RSM colleagues who are immigrants and first-generation professionals as part of the firm’s culture, diversity and inclusion efforts. His family history inspires his openness and fair-mindedness toward all as well as his commitment to helping others succeed. As a mentor, Harry is heavily involved with many of the firm’s employee network groups championing diversity and inclusion, including the Multicultural ENG to celebrate all cultures.