In spite of the pandemic, housing markets in the United States and Canada have seen significant growth over the past year as individuals and families stuck in apartments were driven to the suburbs in search of bigger homes with space to live, work and play. In addition to a rise in demand for single-family housing, housing supply shortages, higher material prices, fewer available lots and ongoing zoning restrictions are driving existing and new home prices up across both countries.

Construction material prices have been on the rise since the middle of 2020, bringing with them higher retail home prices. According to the National Association of Home Builders, the surge in lumber prices alone has resulted in the average price of a new single-family home in the United States rising by $36,000, to about $330,000, with lumber representing about 11 per cent of the total value. Lumber is not the only material tracking record highs. The U.S. Producer Price Index hit new highs in April for a significant number of building materials, including steel pipe and tubes, and plastic products, further driving up construction costs.

MIDDLE MARKET INSIGHT: Construction material prices have been on the rise since the middle of 2020, bringing with them higher retail home prices.

In addition to the cost of materials, contractors have found difficulty securing permitted lots to build on. Municipalities in both Canada and the United States have created obstacles to development in the suburban markets that are now attracting new homebuyers looking for indoor and outdoor space at home. Laws that limit building often require minimum lot sizes, have parking requirements and even ban multi-family housing altogether; these drive up costs and keep families stuck in their communities. In Canada, challenging suburban building restrictions such as these and a lack of available lots are driving more developers to continue building multi-family housing instead of the single-detached and semi-detached units that many Canadian consumers are demanding. This disconnect between market supply and demand will continue to send Canadian home prices soaring beyond the 11.9 per cent year-over-year increase already seen in the major markets.

Despite the headwinds facing the housing ecosystem, the industry has continued to lead the economic recovery in North America.

To help combat the impact of the pandemic on households, governments of both countries have enforced foreclosure moratoriums, allowing for forbearance on mortgages to help prevent a housing crisis. (The U.S. moratorium was extended to  July 31, 2021. Data from the Canadian Bankers Association shows that approximately 97.5 per cent of households that deferred or skipped mortgages have resumed payment as of February 2021.) These measures prevented significant foreclosures by helping keep households afloat amid an inconsistent pandemic impact across the economy.

At the same time, they have also led to a decline in inventory, and, amid increased housing demand, have contributed to the rise in prices of existing homes. Research from the U.S. Federal Reserve attributes 0.6 per cent of the price increase of existing homes across the United States to foreclosure protections.

Despite the head winds facing the housing ecosystem, the industry has continued to lead the economic recovery in North America. For this trend to continue its bullish path, some important policy shifts need to occur. The U.S. and Canadian governments should look to reduce tariffs—in particular those on Canadian lumber—to reduce the costs of supply and allow for continued housing affordability.

MIDDLE MARKET INSIGHT: In addition to the cost of materials, contractors have found difficulty securing permitted lots to build on.

In addition, federal and local municipalities should develop policies to promote strategic residential development that supports growth and supplies new housing in their communities. President Biden’s infrastructure plan, which calls for building and retrofitting 2 million homes to help address affordability, will help loosen supply-side restraints. The administration has also requested that Congress eliminate or reduce exclusionary zoning laws at a state and local level.

Prime Minister Justin Trudeau recently announced the tightening of lending restrictions in an attempt to slow demand in the Canadian housing market. While policies such as this can be enacted quickly to help slow what many see as a runaway housing market, it is critical that the more arduous road of supply-side solutions, such as zoning reform, supply chain management and other builder-friendly policies, be on Canada’s longer-term agenda. 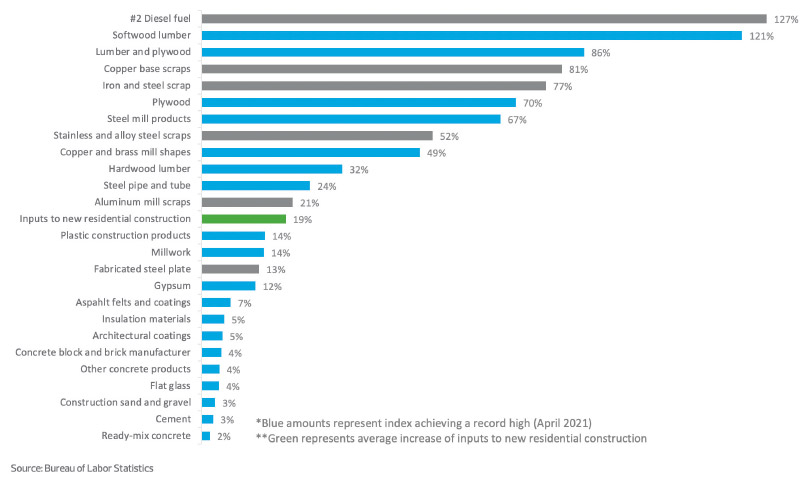