Fragile global supply chains are facing another round of port closures, factory shutdowns, production halts and labour shortages as the delta variant spreads.

These disruptions will almost certainly delay the return of full production in the global economy until the middle of next year and create the conditions for further price volatility until the temporary roadblock that is the delta variant eases.

Middle market firms should prepare for disruptions as they build inventories ahead of the critical holiday season. Finding alternative domestic suppliers and adopting dynamic pricing strategies will probably present firms embedded in the real economy with the best approaches to contend with rising prices and the shifting composition of supply and demand.

All of these challenges come on top of the need to invest in productivity-enhancing software, equipment and intellectual property that can help firms manage those higher prices and the surging demand. There is no other credible alternative for middle market firms.

These supply chain disruptions are having a significant effect on the Canadian economy. Canada's imports from Asian trading partners like China have declined since March as the delta variant has also become a challenge in the region.

Imports from China, Canada's second-biggest trading partner, dropped 30.9 per cent to $3.9 billion in July, from the record high of $5.6 billion in March.

Also, container shipping costs to North America have risen. In Vancouver, Canada's largest port, costs have spiked since March as the delta variant spread and began to become a major head wind.

The average price level to ship a container from Asia Pacific, which accounts for about 68 per cent of all monthly shipping volume to North America, increased by 63 per cent in the March-to-July period, while the same cost from Europe increased by 79 per cent.

India, one of the hardest-hit countries by the delta variant, also contributed to a 41 per cent increase in container shipping prices from the Indian subcontinent
and Middle East in the same period.

Regions that share smaller incoming container volumes to North America like Australasia and Oceania, Latin America, and sub-Saharan Africa have also experienced significant upticks in price levels, up by 29 per cent, 56 per cent and 21 per cent, respectively.

As jarring as these numbers are, middle market firms should know that this mismatch of supply and demand is not a permanent condition. It is likely to be more similar to the experience of last year, early in the pandemic, when businesses and consumers contended with shortages of everything from masks to toilet paper, and also dealt with volatility in food prices.

Those shortages were quickly relieved by the supply responses from Asia, the world's biggest factory floor, and the North American supply chain. While it will be some time before the current disruptions ease, this too shall pass.

In the near term, though, there is no getting around the constraints in the supply chain and they are hitting all of North America, not just Canada. Middle market companies that rely on imports must prepare for two major issues that will last well into the first half of next year until Asian supply chains get back to full production: rising international transportation costs and depleted inventories. 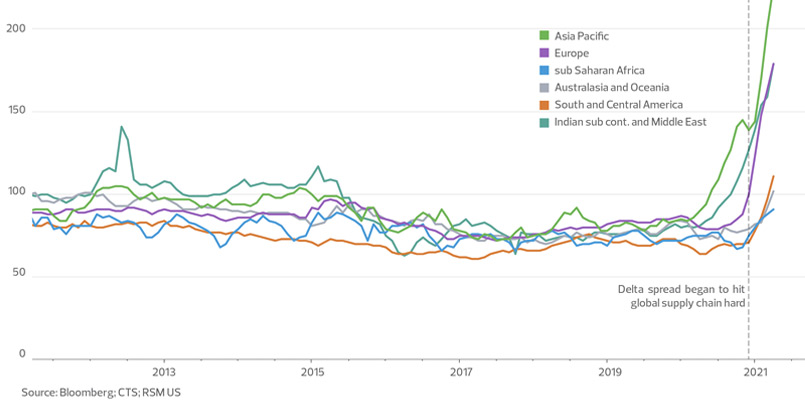 Because companies often stock enough goods for at least one season ahead of time, the impact from the lack of inventories will be less severe on sales for the upcoming holiday season, but it will soon become a headache, as inventory restocking is not increasing quickly enough to keep up with overwhelming consumption demand.

According to the U.S. Census Bureau, the monthly manufacturing and trade inventory-to-sales ratio dropped to 1.25 in June, or 12.8 per cent below last year's June level, and about 11 per cent below the pre-pandemic average.

The Institute for Supply Management's manufacturing survey in July and August, which covers the United States, echoed the problem, stating, "All segments of the manufacturing economy are impacted by record-long raw-materials lead times, continued shortages of critical basic materials, rising commodities prices and difficulties in transporting products. In particular, the backlog of orders index climbed to 68.2 in August, 3.2 per cent higher than the prior month, and was on a growth trend over 14 straight months.

So, what about now?

Business optimism remains robust amid strong domestic demand. But spending slowed in August and will likely continue to decelerate in the upcoming months, putting downside risks on sales revenues.

With the global supply chain not expected to return to normal until the middle of next year, middle market companies should look for alternative solutions so they will not miss out on the opportunity to benefit from such strong consumption demand.

With international shipping costs so high, one natural solution is to look for alternative domestic suppliers that are now in a better position to compete in terms of pricing.
The other solution is to adopt dynamic pricing strategies that give companies the best tools to change prices quickly given the changing supply and demand in the market. To do this, investing in relevant technologies and human capital to optimize automation and data analytics is critical.

Prices are usually sticky, and there are often reasons for that. But big tech companies like Amazon, Airbnb and Uber have proven that flexible prices might be much more profitable if used properly.

There is little mystery to what is behind the disruption to the global supply chain. The rise of the delta variant and the lag in vaccinating enough of the global population to reduce its impact are combining to present a challenge to middle market businesses that many had hoped would be fading by now. Those firms that remain nimble, and make smart investments to improve their productivity, will emerge from the current challenges in a stronger position. 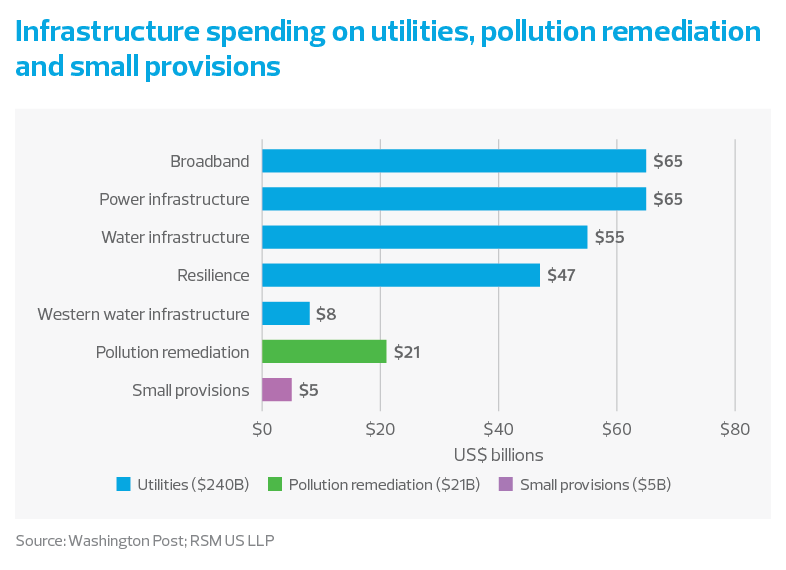 Middle market organizations, which make up the “real economy,” are too big to be small and too small to be big. They have distinct challenges and opportunities around resources, labour, technology, innovation, regulation and more.